For every doctor that openly supports vaping, I have a sneaking suspicion that there are several who aren’t so open about their position in fear of being ostracized by their lesser informed peers.

It’s just the nature of the beast. Just because a doctor doesn’t support e-cigs doesn’t mean their unintelligent or in cahoots with big tobacco. It just means that the current evidence hasn’t hit the critical mass required for them to change their position. Every year more and more studies are done that are bringing more doctors on board.

Doctors don’t want to hear from a million vapers about how it has changed their lives. That’s not enough for them. They operate differently than the average human being. They want to see statistics collected by well designed studies and their patients’ health improve from the use of vaporizers. Those two things combined have helped many doctors to come to the conclusion that e-cigs and vape tank devices are a great alternative to smoking tobacco.

Here’s a list of doctors who have done the research and have concluded that vaping is a less harmful and viable alternative to smoking tobacco. This list is by no means all inclusive. I’m sure it’s just the tip of the iceberg when it comes to doctors who support vaping.

If you know of any others, send us an email with a link to an article or video featuring the doctor and I’d be glad to add him/her. 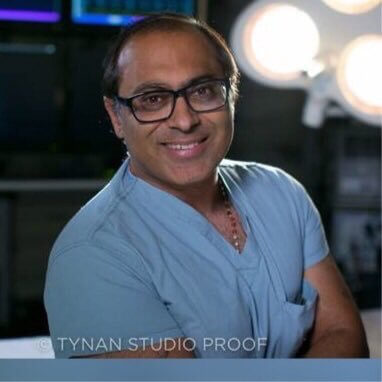 Dr. Bhatnagar is a cardiac surgeon with decades of experience. He’s the chief of staff at the wonderfully respected Trillium Hospital.

He is a brave soul, willing to go on a radio show to educate people on the dangers of smoking and state his position on vaping. In an interview that was broadcast live on air, Dr. Bhatnagar shared his story on how he went from being opposed to e-cigs to a proponent of the less harmful alternative to smoking.

His position is based on research and seeing the improved health of vapers. He also really honed in on the details of what happens to your body the moment you inhale burning tobacco and the chemicals that come along with it.

You can learn more about Dr. Bhatnagar here.