You may have heard that Apple, the beloved or not so loved electronics giant, filed a patent for a vaporizer device. Only time will tell if they go forward with their design, but people are already going bonkers so it is a real possibility. 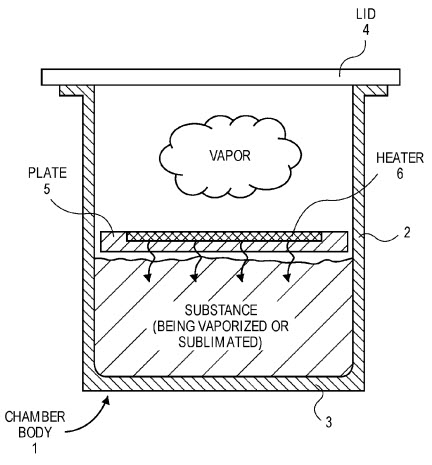 Apple is a special company because they have an extremely loyal following.

They've marketed their products so well, owning one is like a badge of honor in our society.

They could release a new, revolutionary paperweight that doesn't do anything new but comes in space gray and rose gold and people would line up in droves to buy it.

If they were to release a vaporizer, I'm sure the first rendition would fly off the shelves. I might even buy one and never open it. That thing could be worth some money a few years down the road, you never know. I don't think their vaporizer would do very well, which is why I'd keep one for a collectors item.

People have their opinions of Apple ingrained in their head. Whether you like Apple or not, the masses have spoken.

Apple is viewed as a fun, exciting electronics company that makes simple, elegant, and reliable products. Owning an Apple product is a status symbol. But, would that translate over to vaporizers?

Going to Your Computer Store For a Weed Vaporizer?

Why do you think the Windows phone flopped so hard? I don't know a single person who owns one. Windows phones are so irrelevant, I don't even know the actual name of any of their phones. Society views Microsoft as a boring but affordable computer company that makes a good word processor and video game console. Any venture outside of that would be an uphill battle for Microsoft.

Companies can find success with new products that they're not known for, but it's unbelievably tough to get consumers to change their mind about what a company is good at. I think it would be easier for a well known company to invent a new product than to make a foray into an already competitive niche.

Here's how you can see if it will be hard for a company to take over a market. When I say “weed vaporizer,” what's the first company that comes to mind?

What's the first company that comes to mind if I say, “portable weed vaporizer?”

If you had answers to both of those questions, then companies have already dug themselves in good in the weed vaporizer markets. But if you couldn't even think of a company that sells them, then Apple still has room to capture the minds of at least some consumers.

Do the Apple executives even vape weed?

How would they know what real vapers want in a vaporizer? I bet they vape more weed than any 10 people reading this article combined. They have mad cash and the connections so they can evade the law. They probably vape like you wouldn't believe. Wake and vape morning meetings are probably the norm up at Cupertino.

If Apple ended up making one of the best vaporizers on the market, then we all would know one thing. Their execs love to vape weed!

How else would they be able to design the intricacies to produce one of the best vaporizers on the market? Obviously they'd have to test it too. There's no way they would release such a groundbreaking product without having the top executives test it out. Could you picture Timmy boy high???

Goodness gracious, that would be a sight to see! Timmy boy should use the iVaporizer on stage as he unveils the products. It's legal in California so there's no reason he shouldn't be able to do it. If he used the iVape on stage, I bet you the product would fly of the shelf like you wouldn't believe.

Could you imagine how many media outlets would carry that story??? Probably every single news outlet in America and a bunch from other countries too. If he pounded the vape on stage like a champ, I would definitely buy one. Not only would that be hysterical, it would actually be a huge step in demolishing the stereotypes and negative associations that America believes about weed. I would gladly support Timmy boy and the Apple crew if they could pull off such a stunt!

In my opinion, Apple computers are badass and their best product by far. If they could come up with some way for the iVape and MacBook Pro to interact, that would be friggin cool.

They could create a software, like some box mods already have, that keeps track of various stats and feeds the data right into iPhones and MacBooks.

Since the design looks like the iVaporizer will use dry herb, they could add a smell proof dry herb chamber into the MacBook Pro. It could slide out like an SD card and BOOM, you're in business.

I don't want to see the same old simple shit from Apple. They're master at not innovating anything but marketing it like they're the first company in the world to come up with it. Samsung phones have been able to do multi-window (split-screen) since 2012 but I bet when Apple finally adds it, they'll pretend that it's the most innovative feature yet. Irksome!

I want Apple to do something groundbreaking with the iVape, or don't release anything at all. The last thing the world needs is another basic Apple product for people to so they can make fun of everyone who doesn't have it.

What Would the Late Great Steve Jobs Think? 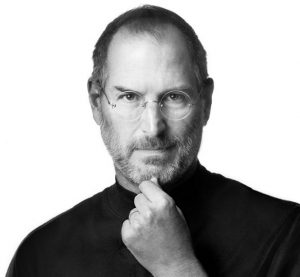 And yes, Steve Jobs was great. No mater whether you like Apple or not, you have to admit that big Steve was a genius. The first iPhone was one of the most innovative products of our time. But let's get back on topic.

If Apple does go forward with the design and this device becomes a reality, Steve Jobs will be turning over in the grave. Apple was his baby and for it to be associate with cannabis would probably make his blood boil. I don't have anything against cannabis personally, but society has demonized it so it has a bad reputation. Apple has a pristine reputation.

It would be interesting to see how jumping into the weed industry would affect Apple's reputation. Would all these uppity companies want to be publicly associated with a company that makes millions of dollars in the marijuana industry? I don't think so, even though most of their execs probably smoke weed anyway.

For now, you could try one of these herb vaporizers if you're in the market for one. When and if the iVapey thingy ever comes out, we're going to have some fun with it!

What are your thoughts? Do you think I'm crazy? Would you buy it?