How To Use A Dab Pen

As more information about the harmful effects of combustion comes to light, vaping is looking better by the second. One way you can vape weed is by using a dab pen. If you’ve never dabbed or used a wax pen before, you’re in for a totally new experience. In my opinion, dabbing is more intense than smoking flower. Afterall, dab is a very strong concentrate, upwards of 85%-90% THC. It is one of the most intense ways to medicate. 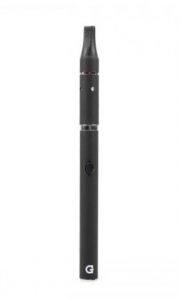 If you just bought a wax pen and are wondering how to use it, you’re not a lone. I think we all head to the internet to see our vapes in action. I pick up tips and tricks all the time from other vapers and I share my own as well. Dabbing is pretty straight forward, especially via a pen. If you were wanting to use a dab rig, then that would take a little more explaining. Let’s get right into it.

How To Use Your New Wax Pen

If you know how to use one dab pen, you know how to use them all! Not really, but they’re all pretty similar. You’ll do the same exact steps no matter if you’re using a V2 Series 3 pen or a G Pen. The basics remain the same across the board. I’m going to take you step by step and show you the ropes. After reading this article, you’ll be able to use just about any portable wax vaporizer.

This may sound stupid, but it’s the first step nonetheless. I’ve done all the other steps and went to vape my dab, only to find out the battery wasn’t charged. Don’t be a doofus like me! Charging your battery should be pretty straightforward. All you have to do is connect your battery to the charger and plug it in a power source. Let it charge until the indicator shows that it’s completely charged. If there is no indicator light, then let it charge for a minimum of three hours.

This step will vary from pen to pen, but the concept remains the same. You need to expose the coil so you can load your dab. In order to expose the coil, you’ll need to remove the atomizer housing. Some people may call these tanks, atomizers, or globes. They’re generally talking about the same thing.

If you have a globe wax pen, then you’ll want to gently twist and pull until the globe comes off. Globe pens are not screwed in. They stay in place by fitting snugly against the rubber gasket. Some pens will require you to unscrew the atomizer housing. After you have removed this piece, it’s time to load the wax.

Now that you have exposed the coil, it’s time to load the dab. This is the part that confuses people. The two most common questions I hear are: “How much wax should I use?” and “Where should I put the wax?” 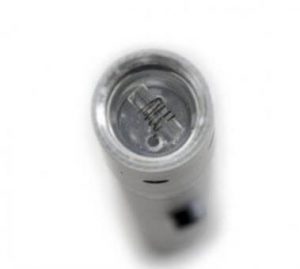 If it’s not heated evenly, you’ll end up wasting a lot of your wax. No true stoner wants to waste weed, especially concentrate.

The V2 Series 3 vaporizer has a flat coil. Basically, it just looks like a chamber but you wont see any wire wrapped around anything. The chamber has a flat bottom. With this pen, you can just plop the dab right in the chamber.

The answer to the other question is, you can use however much dab you want. It just depends on your tolerance and how medicated you want to get. I just use a little BB sized ball of wax. You can put two BB sized balls in there if you want. They can go on each side of the coil.

It’s almost time to dab! You just have to put the housing back on first. This step doesn’t need much of an explanation. Just do the opposite of what you did in step 2. If you have a globe pen, gently press it back on the base. If you have a magnetized pen, slide the chamber in until the magnet grabs it. Once you’ve reassembled your vape, you’re ready to take it for a spin.

It’s finally time to dab! The last thing you have to do before taking a fat rip is turn your pen on. Most vape pens can be turned on and off by pressing the fire button five times. Some pens only require three clicks. After your wax pen is turned on, there are two different ways you can take a hit.

You can rip it just like you would any other vape pen, by pressing the fire button and inhaling. Or you can hold the fire button for a second or two first, let go and inhale. If you choose the second method, the vapor will start to collect inside the globe. If your housing is clear, you’ll be able to see the vapor come off the coil. Both of these methods work great, it’s just a matter of personal preference.

Now you should be ready to use just about any dab pen under the sun. Thanks for reading to the end!