No Frills Takes On Fancy Pants: Rocket 3 vs The iJust S

Today we’re going to take a look at too solid pens with different features. One is a deluxe variable wattage device also loaded with temperature control functionality. The other is an unregulated device that will give you a similar experience to a mech mod sans the danger of nuclear meltdowns.

Both of these pens are pretty awesome, but they will give you two totally different experiences. 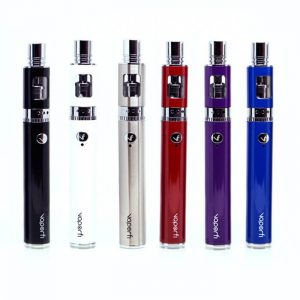 The Rocket 3 is a powerful beginner to intermediate level pen made by a reputable company, VaporFi. VaporFi is one of the largest vaping companies in the US and they make all of their e-liquids here in the states. They’re a pretty solid company and make reliable products. The Rocket 3 is right on par with their reputation and is their best device, in my opinion.

This pen is a beast and it can crank out up to 50W of power. Most beginner setups don’t have variable wattage, but this one does. It has three preset wattages. When the light is red, you’re vaping at 30W. If it’s white, you’re vaping at 40W. When it’s green, you’re maxed out at 50W. 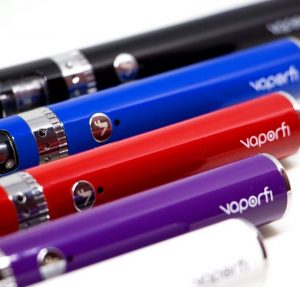 The Rocket 3 tank comes with a 0.5ohm atomizer preinstalled. It’s the atomizer that I recommend you start with. It’s a little easier to vape on when you’re just starting.

The 0.1ohm Ni200 is nice but the vapor might be a little much for a beginner. Give them both a try and see what you think.

It can hold 3.5mL of vape juice which is a pretty good amount. Once you start getting up into the 5mL and 6mL range, the tanks are a lot bigger. I like a nice slim tank for my vape pens. If I’m using a box mod, then I may screw on a big tank.

The battery on the Rocket 3 is nice and big and has a one button design. It’s 2,500mAh which is enough to last you all day if you’re a casual vaper. A lot of non-nicotine vapers are casual vapers so I’m expecting this to last you a while.

If you’re going to do vape tricks, then you might be a heavy vaper. In that case, it will last you most of the day but probably not all day. 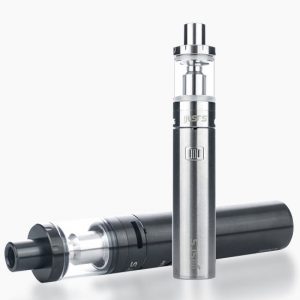 Eleaf is another reputable company that vapers worldwide have grown to trust. They’ve been around, making solid vaping devices since 2011. They’re setup a little different than VaporFi. VaporFi is headquartered in Florida while Eleaf is headquartered in China.

You can’t order directly from Eleaf’s website either, but you can order VaporFi products directly from their website. Both companies are reputable and have been around for years.

If you prefer to buy from an American company, go with VaporFi. But if you don’t have a preference, Eleaf is a good option.

The Eleaf iJust S Kit is definitely one of the best starter kits around. It’s budget friendly and produces great vapor. What’s not to love about it?

It has a monstrous 3,000mAh battery which has been specially crafted to work perfectly with the iJust S sub ohm tank. The battery is something like a smart battery. It changes the voltage based on how much juice it has left. This little tweak helps extend the battery life, perfect for an all-day vape.

The downside to the smart battery function is that you won’t get as good of vapor production when you battery falls below a certain level. It’s still pretty good, but not as good as the vapor when you have a freshly charged battery. 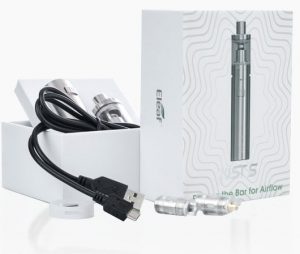 The tank in this kit is a big improvement from the iJust2. The airflow is still controlled by an external silicone ring, which can be annoying, but the performance is even better. The two biggest upgrades to the tank are the new atomizer head and the top-fill design.

The iJust2 is a bottom filling tank. In general, top filling tanks leak less and are a lot easier to fill. I love that the iJust S is a top-fill tank. Awesome upgrade!

Now, the real upgrade is in the new atomizer head. They’ve included and ECL 0.18ohm stainless steel, dual coil atomizer with this kit. It’s 316L stainless steel coil to be exact and it performs like you’d expect.

It has larger vape juice inlets, allowing the coil to soak up more e-liquid and put out more flavor. The flavor on the iJust S is much improved from its predecessor. The iJust 2 was more of a cloud chasing starter kit but the iJust S is well rounded.

The preinstalled atomizer is an EC 0.3ohm coil. Don’t sleep on this coil. It comes preinstalled for a reason. It will have you chucking some massive clouds. This kit also comes with a 0.5ohm coil as well.

The tank capcity is 4mL large. That’s about as big as you can go before you start getting into the gargantuan range. It’s still a pretty big tank which is why the battery and tank are 24.5mm in diameter. That’s pretty wide. Most starter vape pens are 22mm or less. This kit had to be a little bigger to fit the 3,000mAh battery inside it. 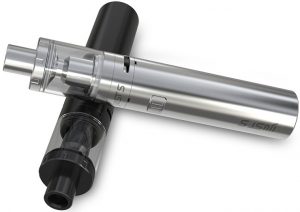 The biggest con for the iJust S is the lessening battery voltage. As the battery loses charge, it begins to take it easy. That’s great if you want a similar experience to a mech mod, but not a good feature if you want a consistent and steady hit to help you make the switch.

The biggest con for the Rocket 3 is the price. At $49.99, it’s not a cheap pen. VaporFi is more of a high-end brand, with sleek modern stores stationed across the US, while Eleaf is an everyday brand manufactured in China.

The Eleaf iJust S is more affordable, hands down. You’ll be able to chuck some nice clouds and it’ll get the job done. But if you want features like temperature control and variable wattage, then go with the Rocket 3. Both of these pens are excellent pens. You can’t go wrong with either one.

Since we don’t want to leave you hanging, we’re going to recommend the Rocket 3 over the iJust S since it has all the features needed to customize your experience.