A lot of people want to get started with RDAs but don’t know where to begin. We’ll show you some good RDAs you can start with that might actually work with your current setup. As always, you can go as advanced as you want. If jumping to the most beastly RDA you can find is your style, then go for it.

Since you’re looking for RDAs, we’re assuming you know your stuff and have at least a decent handle on vaping in general. But if you’re new to vaping, we recommend starting with an inexpensive vaporizer from our list. If your current device is capable of handling a dripper, then you could just buy an RDA. If it’s not, you’re going to need to buy a mod and an RDA. 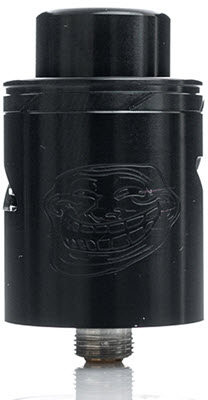 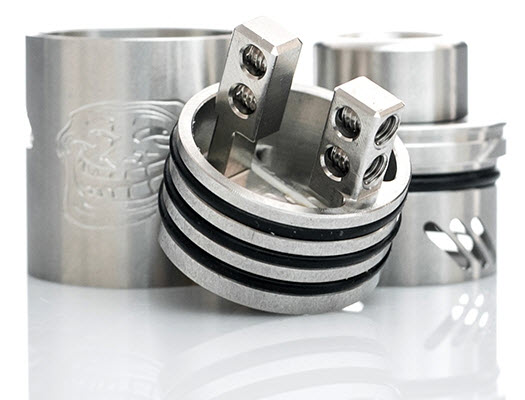 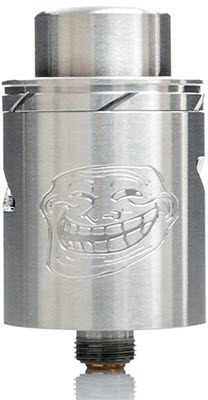 If you already have a device that’s capable of powering up an RDA, this is a great one to start with. Most box mods will be able to work with the Troll since it mainly depends on your build. But if you have a starter pen, you will have to upgrade to something with a little more power.

One of the things that makes the Wotofo Troll V2 a great first RDA is the big juice well. The Troll boasts an astonishing 10mm deep juice well! The reason we like that is because beginners often overdrip their RDAs. With a big juice well, you have more room for error. If you drip too much vape juice on your coil, it’ll get caught in the well. As you vape, your coils will soak up the extra juice, cleaning up your mess.

What makes this atty great for advanced users is the quality. The flavor and vapor production is pretty awesome. This is an RDA for everyone because of it’s superior quality and ease of use.

Another thing we love about the Toll V2 is the velocity style two-post build deck. This style is relatively easy to build with. It’s spacious, which will allow your fingers more room to work with. You won’t have to worry about your wire touching other posts and such. Also, this style of build deck has two terminals in each post.

You may not need both terminals at first, but you’ll be happy you have them in the not too distant future. Whenever you’re feeling froggy, you can take the leap to a dual coil build. The Troll is great for single, as well as dual coil builds.

The Troll is 22mm diameter, which is great since it’s the most common size. It’s pretty much the standard size for attys. When you see a 24mm or 25mm atty it’ll usually be referred to as big or XL. A 22mm RDA will fit nice and flush with a ton of mods.

It may come to your surprise, but not all RDAs have adjustable airflow. Having two different airflow systems, each of which can be adjusted is beast.

You will be able to produce some humongous clouds on the Troll V2. You could easily fog up a room. The airflow is a huge part of what makes the Troll so cloudy. If you’re into cloud chasing, this is a good place to start. After you get a grip on this RDA, try a dual coil build. If you thought you had big clouds with the single coil build, the dual coil one will blow you away.

When you finally get your troll all ready to roll, we know you’ll love it. You will be able to taste so much more of your vape juice, you might not even recognize it. If you buy high quality e liquid, you’ll be really glad to have the Troll.

If you’re still dripping with cheap juice, now’s a good time to upgrade. Using higher quality juice is not only beneficial for flavor but they’re also better for your health. Cheap e juices often are not diacetyl-free or acetyl propionyl-free. Those aren’t just buzzwords in case you were wondering. You don’t want to inhale either of those toxins.

The Troll V2 is a fantastic device, giving off great flavor and monstrous clouds. We don’t have any complaints when it comes to this RDA. If you’re looking to get into RDAs, you’ll be hard pressed to find a better one to start with. Click here to get the Wotofo Troll V2 for a steal at $20.95.

Get The Best Price Here 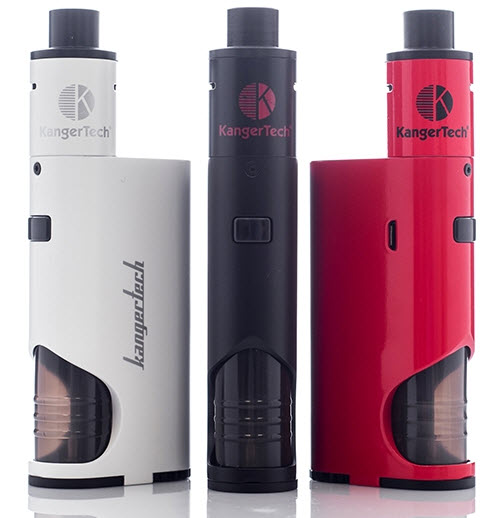 If you’re just looking for a good cheap setup to learn how to use an RDA, then you should highly consider getting the Kanger Dripbox. It only costs $34.95 and comes with a mod that was designed specifically for the Subdrip RDA. This setup is pretty badass.

One of the coolest things about this RDA setup is that it gives you the ability to drip in two different ways. It has bottom feeding functionality as well as the classic dripping capability. The choice is yours.

If you choose to use the bottom feeding bottle, then you’ll be able to drip on the go a lot easier.

There is a 7mL bottle that sits just beneath the RDA. Fill that with your favorite vape juice and you’ll be able to drip while you’re out and about without having to take off the top cap. It’s pretty convenient and 7mL is sure to last you quite a while.

Even when the squonk-style bottle is full, you can still drip on this RDA just like you would any other RDA. Once it’s time for some more e-liquid, just remove the top cap and put a few drops on there. It’s that easy. With the bottom feeding squonk bottle, all you’ll have to do is just squeeze the bottle a few times and you’re ready to roll.

The Kanger Dripmod cranks out 60W of power to make your RDA fire at optimum efficiency. There are no variable wattage setting to play with as Kanger has already optimized this setup so you can start vaping right away.

The mod is powered by one 18650 battery, so make sure you add one in your cart.

This kit comes with two 0.2ohm prebuilt coils so all you’ll have to do is drip and vape. But if you’d like, you can also build your own coils. There is a two post build deck that is perfect for single and dual coil builds. If you’re looking to get into more advanced builds, this isn’t the RDA for you.

This RDA is 22mm in diameter which is one of the most common sizes. The RDAs for advanced builds give you a little more room to work with. They’re often 25mm – 28mm.

If you’re new to RDAs, the prebuilt coils are a great option so you can focus on learning the ropes of dripping. Once you’ve gotten the hang of it, then it’s time to start having fun with building your own coils. But keep in mind that there’s no right or wrong order to do it in. Just have some fun & enjoy yourself. 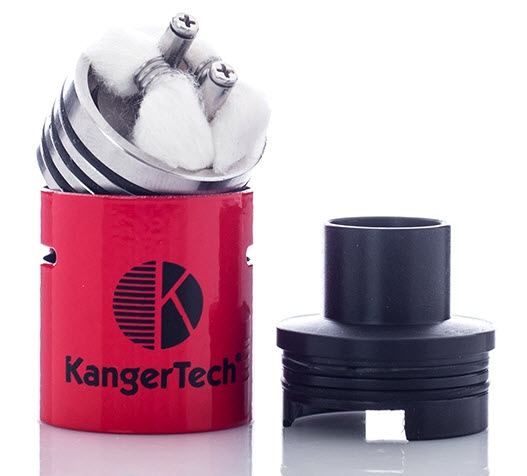 This is a versatile kit, perfect for making your segway into RDAs. You’ll be able to experience bottom-feeding, dripping, prebuilt coils, and building your own coils all in this one affordable starter kit.

You’ll also be able to chuck some huge clouds as the 12mm Delrin drip tip allows for a ton of vapor to come through unhindered or choked off. The flavor will also be superior to almost any tank you can think of. RDAs give off the best flavor and clouds.

If you’re looking to get started with RDAs, this is a fantastic option that comes in highly recommended. Get it while it’s still in stock.

Get This Killer Kanger Setup Here!