The trickery in this bill starts right at the beginning. The synopsis is confusing and I’m sure it wasn’t worded that way on purpose. After all, these are the people in society who are in charge of governing us and making laws to protect us from ourselves so I’m sure they wouldn’t intentionally make a confusing bill.

The synopsis states, “Prohibits the sale or distribution of flavored electronic smoking devices.”

That’s a red flag already and we’re on the first sentence or sentence fragment for that matter. What in the hell are “flavored electronic smoking devices”? I really don’t have a clue what that is. I’ve never bought a flavored device before but maybe I’m just weird. I’ve bought flavored vape juice, vape liquid, e-liquid, e-juice, and cartridges, but never a flavored smoking device.

Last I checked, no smoke comes from my vaporizer either. I guess they’re not familiar with how it works. All my vapes emit vapor, not smoke. Can someone please educate these…politicians.

You can read the whole bill for yourself here.

As if the synopsis wasn’t bad enough, it actually does get worse.

In section 1 of this humdinger of a bill, vaping gets thrown under the bus with tobacco as if they’re one and the same. I don’t know why our government insists on classifying vaping as a tobacco product. It’s just ridiculous. If anything, it should be classified as the savior of tobacco addiction and ailments. Anyway, try not to blow a gasket while reading the screen shot of section 1 below.

Goodness gracious, the concern for the citizens and brilliance of our lawmakers is on full display here! How is a flavored cigarette and the mysterious “flavored electronic smoking device” the same thing. Again, my vapes do not emit smoke! How hard is that for a politician to comprehend? It’s called vaping for a reason you…politicians!

It almost seems like they want to pull on people’s heartstrings and make vaping and smoking one in the same. That way people will feel like saviors by stopping the next big health destroyer from rising to prominence. No, couldn’t be. Politicians would never do something so shady… After all, they are elected to serve the people, right???

So they’re just going to ignore the data I see. That’s cool and all, but cigarette usage among minors is actually at an historical low, thanks to vaping! I didn’t just pull that out of my rear end either, that comes straight from the CDC’s website. It would be hard to argue with the CDC’s data. I don’t know what “health experts” NJ lawmakers see the council of, but I’m going to roll with the CDC on this one. Smoking is dropping among high school students and I’m extremely glad to hear it. 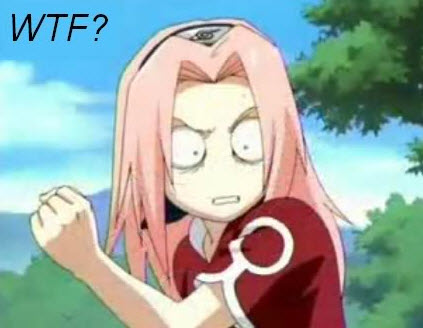 Can someone please tell me what “flavored electronic devices” are? I just licked my smart phone and it tasted like a mix of sweaty palms and metallic flavoring. Does that mean they’re going to ban the sell of smart phones too? I sure as hell hope my laptop doesn’t have a flavor!

What is wrong with our political system? How can we allow such vaguely worded and blatant misinformation to be voted on as a legitimate amendment? They’re should be more accountability within our system. This is just ridiculous and it’s definitely not the truth. So can you pass an amendment with a bold face lie in it too?

We, as Americans, should have fixed our political system a long time ago. It’s easier said than done and most people don’t care until it affects them directly and massively. I know because I’m one of them. I’ve always been able to rant about how corrupt our system is and how vague the law is, but I haven’t done much about it. But it’s definitely time to start asking ourselves, how can we fix our system?

The power was intended to be in the hands of the people, but that’s no longer the case. Lobbying and cozying up to big business has turned the tables. Why can’t we vote on our own bills and amendments? Why do we need someone who knows nothing about vaping to make an uneducated decision for us???

In section 2, they define which flavors are allowed. If I’m interpreting this vague hooplah correctly, then it seems like they’ll still allow tobacco, clove, and menthol flavored e-liquid. That sounds cute and all, but I’m not buying it. The repetitive usage of the word “devices” has me thinking they’re going to try and ban not just e-liquid flavors, but devices as well. Maybe I’m the stupid one for reading devices 18 times and thinking they actually mean devices. Go figure.

In section 2, they also say any device that can “be construed to have a characterizing flavor based solely on the use of additives or flavorings” will be prohibited. Look at that verbiage real closely. Any vaping device can be construed to have flavors. This is pure BS.

While this sounds straightforward, it’s really not. The specific phrase, “not less than” is the main one that concerns me. This means that there is a minimum fine but no maximum. Is there anything in this bill that prevents an outrageous $25,000 fine for the first violation?” Why is there no ceiling on the fine amount but there’s a floor??? This bill is pure evil if you ask me.

Even though the wording sounds like vape shops will get several violations, the amendment goes on to say that they can actually be shut down after the first or subsequent violations. Okay, this bill is officially making my head hurt so let’s wrap this up. 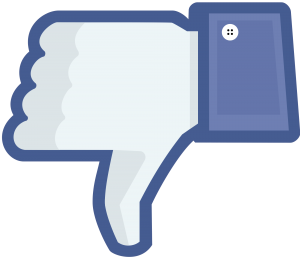 The vague phrases used in this amendment is very confusing and could extend the reach of this bill far past flavored e-liquid. I’m not sure if the most experienced vaper in the world could decipher what phrases like, “flavored electronic devices” mean. And what about VG, it has a flavor all on its own. Would we only be able to use PG in New Jersey?

In my humble opinion, this looks like an attempt to ban vaping outright in New Jersey. If they were to ban flavored vape juice alone, that would be bad enough for NJ vapers. But this bill is so vague I could see how they could interpret it in the future to mean flavored e-liquid and any devices designed to use flavored e-liquid. If you would like to learn what you can do to help, I encourage you to visit CASAA and follow their call to action.

And one more thing, am I paranoid or does the use of the word devices over and over (18 times) concern you too?