The Suorin Edge and the JUUL are in the middle of an all-out brawl. The young buck is giving the old-timer a run for its money. But old-timers are resilient and don’t go down easy. This fight is between product innovation (Suorin) and marketing mastery (JUUL). 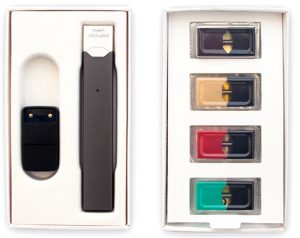 Both of these pod systems get the job done, we know that. But which of them is the best fit for you? You can’t go wrong with either, but there are definite benefits each pod system holds over the other. Let’s get into it!

Battle of the Batteries

According to JULL Vapor, the battery lasts for roughly 200 puffs (one pod). I’ve never actually counted the puffs but that sounds accurate. I would classify that as decent battery life.

To charge the JUUL from empty to full it will take about an hour. On the downside, to charge it you have to use the charging doc that comes with your purchase. It’s a cool little magnetic charging doc, but it’s nothing something you have several of just lying around the house like a micro USB cable. If it breaks, you’ll have to buy another one.

The Edge has a 230mAh battery, so not much bigger than the JUUL. Same trade off as the JUUL, smaller battery capacity for a sleek device. So in that regard, the battery life is fairly similar, with a slight edge going to the Suorin device (had to avoid that bad pun). But there’s more to the Suorin Edge than just a 230mAh pod system. 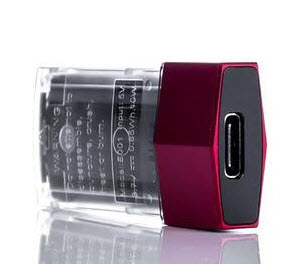 The Edge is the first pod system that has a removable battery. Not only does it have a removable battery, it also has USP Type-C charging. No more micro USB bullcrap. As if that wasn’t enough, they also designed the batteries with the capability of being charged without needing to be in the device.

The Type-C charging port is built into the battery, not the device. So you won’t need to buy a separate charging dock or plug the battery into the device to charge it. You charge it just like you would charge a phone. And it charges from empty to full in just 30 mins due to the fast charging USB Type-C. But even better yet, the Edge comes with two batteries. Now that’s innovation baby!

I have to give the win to the Edge in this category, hands down. The battery is removable, capacity is slightly larger, independent USB Type-C charging, 30 min charge time, and you get two batteries. That’s an easy win for the Edge. 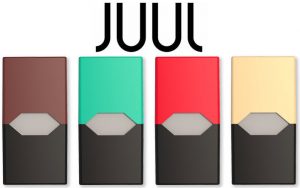 The main downsides to the JUUL pods are the small 0.7mL capacity, limited to nine flavor options, they’re not refillable, and they’re expensive. Other than that, they’re great! Even though the flavor options are limited, the flavors they do have a pretty darn good. You’re sure to find a couple flavors you really like.

When it comes to the Suorin Edge, you have a different array of downsides. The pods hold 1.5mL of e-liquid, which is great. But since they’re side-refill pods, you can never really fill them all the way up. The other downside is that refilling the Edge pods requires a bit of dexterity.

The refill hole is small so you’ll need a little coordination, so this would not be an ideal device for an elderly individual. Also, it’s best to remove the whole silicone plug when refilling, allowing air to escape and preventing air bubbles.

On the upside, refillable pods are cheap and last from one to two weeks. You’ll save a lot of money by using these pods compared to the JUUL. Buying your own nic salt is much cheaper than JUUL pods and you can choose any flavor you can think of. You also have to freedom to change nic levels whenever you feel like it, unlike with the JUUL.

Pax Labs (JUUL) is well known for their once innovative nic salts pods. While these pods are now old news, I have to give credit where credit is due. The JUUL is the devices that created the whole nic salt buzz and pod mod frenzy. It’s the OG of pod systems. The JUUL didn’t become the OG by having lackluster pods, but the Edge is no slouch.

The draw on both of these pods systems is nice and tight. They are both true mouth-to-lung (MTL) devices that vape very well. Top-notch vapor will be flying through the mouthpiece on either device.

The draw on the Edge is a little tighter than the JUUL, making it closer to the draw on a cigarette. This could be a pro or a con depending on what you’re looking for, so I won’t categorize it as either. It’s so subjective but it’s worth mentioning.

So the Edge is $6.02 cheaper than the JUUL. Cool. That’s not a big deal. Where you’ll really save money hand over fist is with refilling your Edge versus buying JUUL pods. 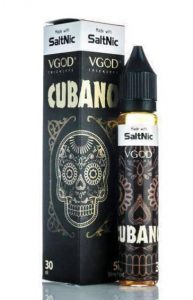 You can buy good quality vape juice for even less than $0.50 per mL if you purchase 60mL bottles. But even with the middle of the road price of $0.50 per mL, you will save a ton of money. The JUUL pods are 1,142% more expensive, or 11.42x more expensive than e-liquid for the edge.

Both of these devices are great performing devices that are perfect for anyone thinking about quitting cigarettes. They both have a good MTL draw and give off a nice amount of vapor.

The main advantage the JUUL has over the Edge is the prefilled pods. Prefilled pods are easy to use. You just pop them in and vape. So if price is of no concern to you and you don’t want to be bothered with refilling pods, the JUUL is the best choice for you. But if you don’t want to pay 1,142% more for e-liquid, than it’s probably not the best option.

The best place to purchase a JUUL is from JUUL’s official website. 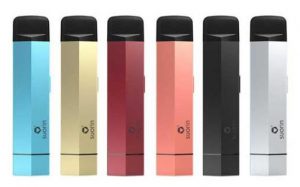 The main advantages the Suorin Edge holds over the JUUL are the two removable batteries it comes with, independent USB Type-C charging, and the refillable pods.

With the two quick charging batteries, you might not ever have to worry about a dead device. Thirty minute USB Type-C charging is ultra convenient. And you’ll save a boatload of money by being able to purchase e-liquid on the open market. The winner of this duel is definitely the Suorin Edge.

Get the best deal on the Suorin Edge.