Vape pens and mods provide two totally different vaping experiences. I get asked a lot, “What’s the difference between a vape pen and a vape mod?” It’s a hard question to answer because there are so many different types of pens and mods. 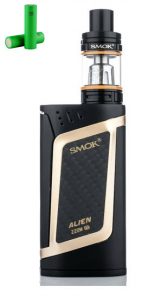 When I’m asked this question, I assume you’re asking about eGo pens vs box mods. Some beginners don’t know that there are different types of vape mods. There are too many different types to cover in one article. I’m going to compare eGo style starter pens to box mod setups.

What Comes In The Box

Most people are referring to the eGo style devices when they refer to vape pen. An eGo vape pen is your typical beginner starter kit. They come with everything you need to begin vaping right away except the vape juice. Included in the box is usually a USB charger, battery, and tank. This is different from your typical box mod.

Box mods are sold by themselves. They only include a USB charger in the box. The reason being, most box mods don’t have dedicated tanks that go with them. Their eGo pen counterpart comes in a set. It has a specifically designed tank that goes with it.

Some box mods come as starter kits, which means they come with a tank. The tank can be used on any box mod with a compatible connection. Also, the tank is usually not designed specifically for the mod. You’ll often see starter kits that give you the option of several tanks.

One thing to note, most box mods do not come with batteries. You’ll have to purchase them separately or buy a bundle that includes batteries. 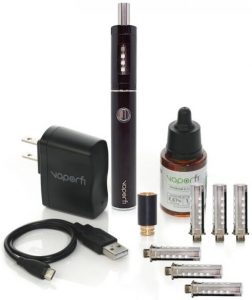 Beginner vape pens and box mods are vastly different in the tank department. In fact, a lot of what people use on box mods aren’t even tanks at all.

Your eGo vape pen will come with a tank that was designed for it. Most, if not all of them will only have a single coil. You cannot change the coil type. When your coil goes out, you can screw in another one but you can’t modify it. You can buy a different tank to screw on top of your eGo battery as well. People often do this as their first upgrade. You will be limited by the power and functionality of your pen, but you will get a lot better vapor production than with your eGo style tank.

A box mod doesn’t come with a tank unless you buy a starter kit that was put together by the vendor. Box mods can be extremely powerful and are compatible with a wide range of tanks. Let’s say you decide to buy the Revenant 160 mod, there is no Revenant 160 tank. But you can put on any tank that is compatible.

There are several different categories of tanks that are commonly used on box mods.

There is also another really popular “tank” that is not a tank at all. It’s called an RDA (rebuildable dripping atomizer). It doesn’t have a reservoir that holds e liquid, which is why it’s not a tank. I just called it that in an effort to not confuse you. Normally I would call it an “atty” which is short for atomizer.

RBAs, RTAs, and RDAs allow you to build your own coils. That is the major difference between them and eGo tanks or clearomizers. When you get into the world of coil building, you enter a whole new ballgame. You’re no longer limited to single coil eGo tanks with a standard vapor production. You can make dual coil builds, sub-ohm builds, octa-coil builds, etc. You can use alien wire or standard kanthal wire. The world is yours at this phase in the game.

Which Is Better For Clouds & Flavor 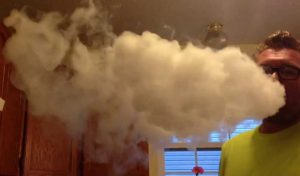 The flavor and cloud production are huge differences between eGo pens and box mods. With an eGo pen, there aren’t many options. Some pens allow you to switch between three pre-selected settings while other just have one setting. Your vapor production will be standard for your pen. It doesn’t mean it’s bad, it’s just not flexible. You’ll be able to taste the flavor and enjoy it. If you have nothing to compare it to, you’ll love the flavor.

The clouds that come off of your eGo pen won’t be super dense and thick. You’ll get enough cloud production to do some tricks, but nothing that requires a ton of clouds. You can blow some Os or do a French inhale.

With box mods, again, the world is yours. By using attys that allow you to build your own coils, you get to custom design your vaping experience. You can build coils that are designed for flavor, clouds, or both. You will not be able to do this with an eGo pen. If you are really into flavor or clouds, I suggest getting an RDA.

An RDA will give you the best flavor and the best clouds. They have short chambers which allow the vapor to reach your mouth before it dissipates and loses flavor. Cloud chasing RDAs are designed to produce monstrous clouds. A good cloud chasing RDA will have the perfect amount of airflow to produce beastly clouds. Too much air will thin out your clouds. Beginner eGo pens don’t compare to RDAs when it comes to clouds and flavor.

Finally, a category where eGo pens take the cake. If you’re looking for something easy to use for yourself or a loved one, eGo pens are the way to go. They’re essentially plug-and-play devices. All you have to do is keep them charged and full of vape juice and you’ll have a vape ready device at your side. The only maintenance you’ll have to do is screw in a new coil when yours gives out.

It’s not the same for a box mod set up. Box mods themselves just need to be charged and they’re ready to vape, but the atty will require more maintenance than an eGo tank. If you have the standard celaromizer, then it’ll be similar to an eGo tank. As long as you don’t break your glass, all you’ll have to do is screw in a new coil from time to time. It is possible that your tank starts leaking and you need to change a rubber ring. It’s not hard to do, but it’s still maintenance that may annoy you. The tank should come with replacement parts.

Box mods blow eGo pens out of the water in this category. An eGo pen is usually a fixed, low wattage device. Box mods are almost always variable wattage devices. This allows you to tailor your vaping experience to your needs. Different e-juices taste different at different wattages. You might think you don’t like an e liquid just to find out you like it at a different wattage.

Box mods begin at 5 watts and can go all the way up into a few hundred watts. Moore commonly you’ll see box mods that reach the 75w to 200w range. More watts equals more batteries, which means a bigger mod. If you don’t want a clunker, stay around 160w or less. You probably won’t be vaping at 200w all that much. Vaping at 160w and below is more than enough for most people. You can get a good 160w mod that isn’t that big. 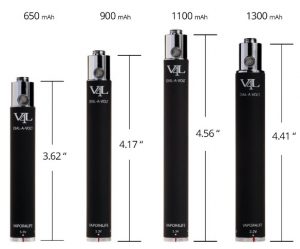 The eGo pens have built-in batteries and are usually charged via a micro USB port. These are the same ports that are on Android phones. The typical battery ranges from 650mAH to 1,300mAh. There are batteries that don’t fit in that range, but that’s the average range. A 650mAh battery is pretty small. It’ll fit nicely in your pocket or purse. A 1,300mAh battery is not that big either. In general, eGo pens are highly portable due to the small batteries and tanks.

Box mods have a variety of different battery setups. Usually, they take removable batteries with the most common type being 18650s. Some mods take one 18650 battery while others take two or three. One 18650 battery will be in the ballpark of 2,200mAh. These high capacity batteries allow box mods to crank out some serious power. Box mods are bigger than eGo pens which make them less portable. They still can fit nicely into a coat pocket or purse, so it’s not that big of a deal. 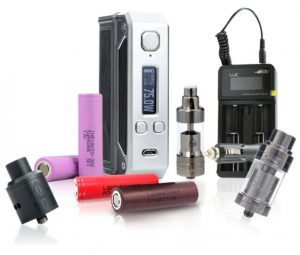 Box mods and eGo pens are both great vaping devices. I really mean it. They’re both great in their respective categories.

If you’re looking for something that’s no frills, no hassle, and easy to use, an eGo pen is the way to go. These devices are perfect for the beginner looking to switch over from cigarettes or the novice looking to get into the vaping world. They don’t have the versatility as a box mod set up, but you don’t need all that just to get off cigarettes or have some fun blowing clouds.

Box mods are great for the vaper looking to elevate their game. These devices provide a plethora of options and are highly versatile. They can power up any atty and allow it to reach its fullest potential. If you love vape juice, you’ll get the most out of your juice with a box mod setup. But if you’re a cloud chaser, box mods are also going to allow you to put out some beastly clouds.