Is Vaping a Gateway to Smoking for Kids

Many people are touting a claim that vaping leads minors down a path that ends in tobacco usage and premature death. 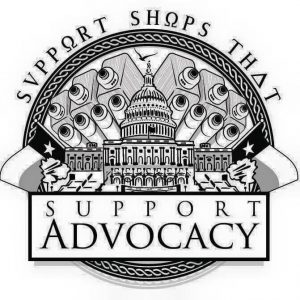 This is a claim that, quite frankly, pisses me off. The powers that be are pulling on people's heartstrings by using kids as a prop to achieve their agenda. That's a dirty way to play the game in my opinion.

Statistics, Or Lack Of

There aren't many statistics that substantiate the claim that vaping leads to smoking in our youth. It's mainly just misleading studies, designed to tarnish the image of vaping to the masses.

These “studies” would say things like, kids who experimented with vaping are more likely to experiment with tobacco products. Yeah, no sh*t Sherlock.

That's because the kid is curious. More than likely, they were going to experiment with tobacco products regardless. But given the fact that vaporizers do exist, there's a chance that experimental youth settle with vaping and never touch a cigarette. That's a very real possibility. 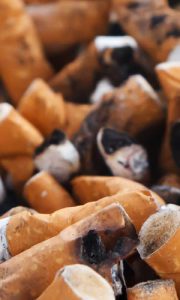 Instead of trying to destroy the vaping industry because it, allegedly, might lead to smoking, why don't we go straight for the kill and destroy the deadly tobacco industry???

I've seen politicians say things like, “One kid smoking is too many.” It seems like those are just words orchestrated in a sentence to make you feel good about your politician. At the end of the day it's just rhetoric that sounds good but tobacco is still getting in the hands of children.

That should be the real focus, keeping tobacco out of the hands of children. Since smoking is a habit that's usually picked up before the age of 19 (often around 15 or 16), it would greatly reduce the risk of a lifelong cigarette addiction if our politicians could use their brainpower to solving the problem of underage smoking.

Here's a statement from the director of the CDC, Dr Tom Frieden. “Current cigarette smoking is at an all-time low, which is great news. However, it's troubling to see that students are engaging in new risk behaviors, such as using e-cigarettes” (1).

Let's interpret this statement into a rational thought.

Smoking is at an all time low in teens and adults while the popularity of vaping is rising. I wonder if that could be a contributing factor in getting people off of the tar-filled, lung-killing cigarettes? We need to conduct more research and dig into this further since studies have shown vaping to be 95% less harmful than cigarettes (2).

It is totally irrational to try and destroy an industry that is 95% less harmful than cigarettes, all in the name of corporate greed. If there is any industry they should be attacking, it's the tobacco industry.

Vaping is saving lives but money is more important in some people's eyes. Greed knows no bounds. 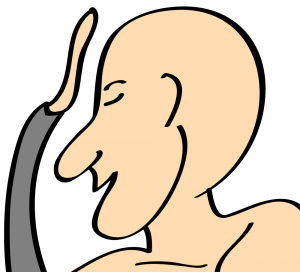 Let's use something that is increasingly rare these days, especially in politics. It's called common sense.

Smoking will leave a kid smelling like crap, having shortness of breath, burn holes in clothes, etc. Taking on the obvious downside of cigarettes doesn't seem likely for someone who is already getting the effects of nicotine through vaping. Going from vaping to smoking would be like trading your nice car in for an old beater.

In an ideal world, kids wouldn't do either. It's not good that kids smoke or vape, but they have a way of getting things they shouldn't. I was a kid not too long ago and I remember having access to alcohol, weed, cigarettes, and other forms of tobacco. It's extremely easy to get for them. All they need is one friend who is of age and most of them have several friends or family members above the legal age and willing to buy illegal things for them.

So don't misunderstand me. I'm not promoting children smoking or vaping. I'm strongly against using such substances while your body and brain is still developing rapidly. The whole point of this article is to express my opinion on the “vaping is a gateway to smoking” argument. To state it nicely, it's BS.

Are children really the main concern? 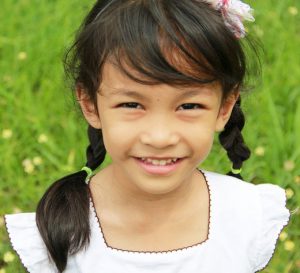 If politicians are so concerned about the children, why don't they ban video games. Sitting is the new smoking, or so they say. And video games are obviously a gateway to sitting for hours at a time. One could only reasonably conclude that video games are bad for kids and should be banned. Not to mention kids are playing games that are rated for adults, exposing them to violent images daily.

Then there's alcohol. If they think fruity and candy flavors in vaping leads to under age vaping, what do those same flavors in alcohol lead to? Oh, kids only are attracted to candy cane vapor but not vodka? Oh, okay…

To be honest, I'm more of a free market guy myself. Let the parents regulate video games for their kids and let the vaping market grow on it's own without burdensome legislation. Having a legal vaping age is fine, but anything past that can threaten the very existence of vaping.

The interesting thing is, when you look at European countries that don't strictly enforce their 18 year old drinking age, there's less drunkenness (CR).

My point is, this “vaping is a gateway to smoking” argument comes off as disingenuous and motivated by something other than health. There are so many other issues that could actually give our children a better quality of life, why focus on something as small as vaping?

If politicians hate vaping so much, they should ban smoking. Because…smoking is a gateway to vaping.