Nicotine is the biggest factor in determining the throat hit of an e-cig. The cartridge in the Vuse uses free-base nicotine, like most e-liquids. When using that much free base nicotine, you get a very harsh thorat hit. Some cig-a-likes have a similar nicotine level, but they don’t irritate your throat and receive better consumer feedback. The main difference is in the type of nicotine used. The most popular device in this category uses nicotine salts, which is what gives it the realistic throat hit. We recommend new vapers transitioning from smoking start with the JUUL because it will satisfy your throat hit craving.

Reported Problems With Too Much Nicotine 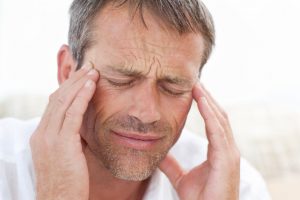 When switching over to e-cigs, one of the biggest questions people have is how much nicotine they should vape. Before there were so many good resources online, people learned by trial and error. Even with all the knowledge available online, you’ll still have to find the perfect amount for you by experimenting.

The big difference now is that you’ll be able to start with a solid knowledge base and experiment intelligently. Knowing what you know now, you’ll want to take it easy if you start with the Vuse e-cig. We recommend you start with just taking a few draws when using a device with this much nicotine. You don’t want to over do it. Hopefully you’ll be able to eventually transition to vaping without nicotine or stop vaping all together.

When you take in too much nicotine, you’re putting your health at risk. While a fatal nicotine overdose is highly unlikely scientifically speaking, you can still suffer from some uncomfortable symptoms. Vapers from all across the world have reported a variety of ailment caused by vaping with too much nicotine.

The symptoms of too much nicotine include:

Everyone’s body reacts differently to different stimuli, but if you feel any of these after switching to vaping, cut back on the nicotine level or take fewer draws. Of course, if you’re experiencing any of the aforementioned symptoms you should see a doctor. Especially if your body parts begin tingling. It could be other serious illnesses causing these symptoms. But there is a chance that it was caused by your new high-nicotine e-liquid.

Take all of your regular health precautions, but also try cutting back on your nicotine level and see if that helps. 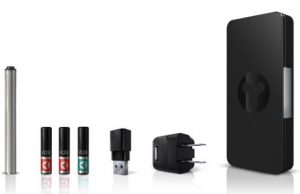 The Vuse e-cig is a premium device. It’s constructed out of high-quality materials and feels very durable. It feels like it could handle a few drops and be just fine. I’m not saying you should drop it to find out, but it is a durable cig-a-like. I like the design and can appreciate a premium e-cig when I find one.

It’s made out of metal whereas most of its competitors are made out of plastic. It feels great in your hand and you’ll feel like you’re holding a cig-a-like that was made by a luxury company. But all that glitters isn’t gold.

When looking for a good e-cig, vapor consistency is important. After all, these devices need to be consistent and reliable so your body can satisfy its nicotine craving. Well, the Vuse e-cig drops the ball in this department. It’s not very consistent with its vapor production. A lot of users have reported the same thing.

When taking your first few puffs, don’t be surprised if not much vapor comes out. This also happens in the middle of a vaping session. It seems random. This has been a big pain for vapers as reliability is one of the most important factors in a good vaping experience. I don’t know of anyone who likes taking dry hits. 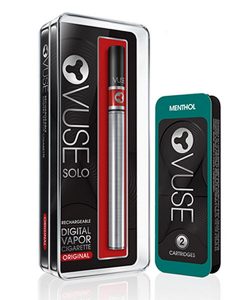 The nicotine level in the Vuse is pretty high, but that isn’t abnormal for e-cigs. They’re designed to satisfy your cravings but sometimes they can be overkill. At 4.8% nicotine, the Vuse will definitely deliver enough nicotine to your body.

With that much nicotine, you’ll also get a pretty harsh throat hit. I like a strong throat hit, but it’s a little harsh for my taste.

Free-base nicotine just doesn’t thump as well as the nicotine salts. At lower nic levels, free-base is awesome. It’s nice and smooth and carries flavor well. That’s why it’s used in tanks. But at higher levels, it doesn’t give off the same quality.

Nonetheless, if all you’re looking for is a high-nic device, this will get the job done when the vapor is coming out normally.

While the Vuse e-cig looks and feels great in hand, we can’t give it our seal of approval. It’s just lacking in a couple areas, mainly vapor consistency and a realistic cigarette-like throat hit. One of those is enough to turn anyone off, both makes it underwhelming.

Inconsistent devices really upset me because it can have a negative impact on new vapers. We need as many people to join the vaping community as possible, but they are getting turned off because of bad experiences. If your first e-cig gives you inconsistent vapor or dry hits, you’re going to have a bad taste in your mouth, literally and figuratively. With that being your first and only experience, it’s all you have to judge vaping by.

Many people have a bad first experience and turn back to cigarettes. Well, that’s good for tobacco companies, but it’s not good for them or the future of vaping. Right now we are in a fight for our right to vape and need as many supporters as possible. We can’t afford to have people turned off because of inconsistent devices.

Now you see why we can’t give the Vuse e-cig our seal of approval. If you’re looking for a reliable starter kit to help you quit smoking, we recommend this device.