What Is A Vape Mod?

There is a lot of confusion about what a vape mod is. People use the term incorrectly all of the time, but it's not a big deal. There is no central authority regulating what vaping terms mean. It means whatever the vaping community collectively decides it means. Several vape terms have multiple meanings, and “mod” is one of them. We are going to clear it up for you, so you can know what mod actually means. By understanding the true definition of a mod, you'll be able to decipher what someone is talking about no matter if they use the term correctly or not.

What Is A Mod? 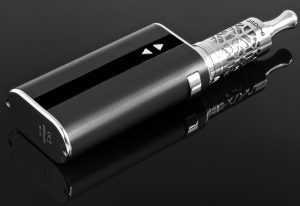 he original meaning, “mod” is short for “modify.” In the beginning, there were not thousands of different vaping devices to select from. There were just a few different models and a bunch of cig-a-likes. People were not satisfied with the vapor production from the available models, so they began to modify flashlights and used them to vape.

In the strictest sense of the word “mod,” it means to modify a flashlight and use it for vaping. Now, that is a thing of the past. While people do still modify flashlights and metal tubes to create vaping devices, it's mainly just done for fun. Back in the day, it was done out of the desire to have a better vaping device. It was actually necessary. Nowadays, you would be hard pressed to try and make a flashlight that outperforms a vape you can buy at your local vape shop.

Currently, people use the term “mod” for almost any device that isn't a cig-a-like or ego vape pen. Some members of the vape community will get upset when you call regular vaping devices mods, but most people aren't too uptight about it.

If you want to come off more like a vape expert, then you would only use the word “mod” for custom devices or devices that can be modified. Within the mod community, there are two different types of mods: regulated and unregulated.

A regulated mod is a mod that has a digital display and buttons to control the wattage. It's called “regulated” because there is an electronic chip that is in the mod that controls how much wattage passes through to the atomizer. Regulated mods are very popular because they allow you to customize your vaping experience. You get to tinker around with the wattage until you find the amount of power that suits you best. With different atomizers, you'll find that you like them better at different wattages. Various atomizers have different resistances, which makes being able to control the wattage a great benefit. 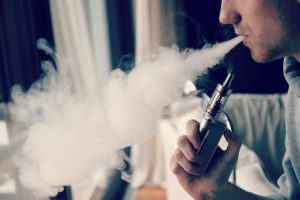 nregulated mod is a mod that has nothing intercepting the power from the battery. This means there is no digital display and no way of controlling the wattage. When you sit down and think about it, the digital display definitely uses power. If you are a purest and don't want any of your power used for anything but firing your atomizer, then an unregulated vape mod would be a good choice for you. Your mod will supply the maximum amount of power that your atomizer could handle. If you are shooting for the most powerful vaping device possible, then you should consider an unregulated mod. Sit an RDA on top of your unregulated mod, and you'll have the purest vaping experience possible as well. The cloud production would be phenomenal, and the flavor would be maximized and better than 99% of the other devices out there.

A mechanical mod is a type of unregulated mod. It's similar in style to the original, flashlight-style mods. Mechanical mods are tube shaped and don't have any way to regulate the power. There is no display, no wires, and no buttons other than the firing button.
The term, “unregulated mod” can refer to a mechanical mod or a box mod that doesn't have power controls or a display.

You may have guessed this already, but a box mod is a mod that is shaped like a box. It can be regulated or unregulated. Regulated box mods have become very popular and commonplace. People love the ability to change the wattage. The term, “box mod” is used rather loosely since their is no central authority regulating vape jargon. But now you now more about mods than almost every new vaper.

You Are Mod Certified